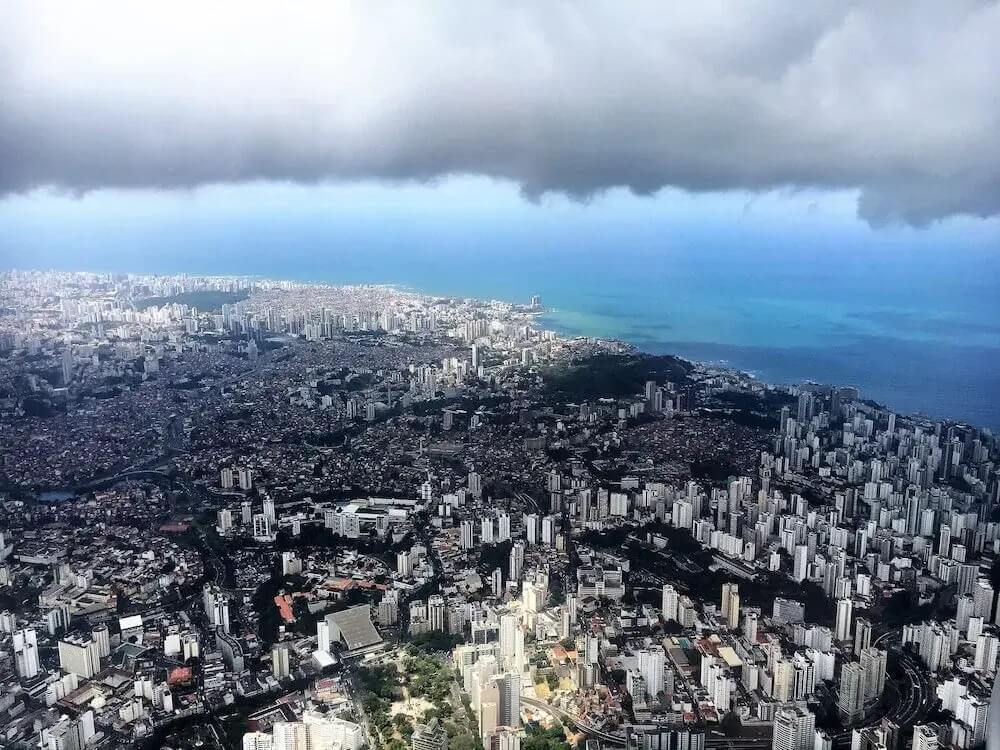 Over the last five years, Brazil has witnessed a startup boom.

The main startups hubs in the country have traditionally been São Paulo and Belo Horizonte, but now a new wave of cities are building their own thriving local startup ecosystems, including Recife with Porto Digital hub and Florianópolis with Acate. More recently, a “Black Silicon Valley” is beginning to take shape in Salvador da Bahia.

While finance and media are typically concentrated in São Paulo and Rio de Janeiro, Salvador, a city of three million in the state of Bahia, is considered one of Brazil’s cultural capitals.

With an 84% Afro-Brazilian population, there are deep, rich and visible roots of Africa in the city’s history, music, cuisine and culture. The state of Bahia is almost the size of France and has 15 million people. Bahia’s creative legacy is quite clear, given that almost all the big Brazilian cultural patrimonies have their roots here, from samba and capoeira to various regional delicacies.

Many people are unaware that Brazil has the largest Black population in any country outside of Africa. Like counterparts in the U.S. and across the Americas, Afro-Brazilians have long struggled for socio-economic equity. As with counterparts in the United States, Brazil’s Black founders have less access to capital.

According to research by professor Marcelo Paixão for the Inter-American Development Bank, Afro-Brazilians are three times more likely to have their credit denied than their white counterparts. Afro-Brazilians also have over twice the poverty rates of white Brazilians and only a handful of Afro-Brazilians have held legislative positions, despite comprising more than 50% of the population. Not to mention, they make up less than 5% of the top level of the top 500 companies. Compared with countries like the United States or the United Kingdom, the racial funding gap is even more stark as more than 50% of Brazil’s population is classified as Afro-Brazilian.

Bahia could be an epicenter of innovation in Latin America

Salvador (Bahia’s capital) is the natural birthplace of Brazil’s Black Silicon Valley, which largely centers around a local ecosystem hub, Vale do Dendê.

Vale do Dendê coordinates with local startups, investors and government agencies to support entrepreneurship and innovation and runs startup acceleration programs specifically focusing on supporting Afro-Brazilian founders. The Vale do Dendê Accelerator organization has already been in the spotlight at international and national publications because of its innovative work in bringing startup and tech education from mainstream to traditionally underserved communities.

In almost three years, the accelerator has supported 90 companies directly that cut across various industries, with high representation from the creative and social impact sectors. Almost all of the companies have achieved double-digit growth and various companies have gone on to raise further funding or corporate backing. One of the first portfolio companies, TrazFavela, a delivery app that focuses on linking customers and goods from traditionally marginalized communities, was supported by the accelerator in 2019. Despite the lockdown, the business grew 230% between the period of March and May after incubation and recently signed an agreement for further support and investment from Google Brasil.

There is a clear recognition of the business case for Afro-Brazilian businesses. Another company supported in the beginning with mentoring by Vale do Dendê is Diaspora Black (which focuses on Black culture in the tourism sectors). It attracted backing from Facebook Brasil and grew 770% in 2020.

The same is true for AfroSaúde, a health tech company focused on low-income communities with a new service to prevent COVID-19 in favelas (urban slums, which incidentally have high Black representation). The app now has more than 1,000 Black health professionals on its platform, creating jobs while addressing a health crisis that had been tremendously racialized.

We’re at the brink of a renaissance here in Bahia

Despite Brazil’s challenging economic situation, large national and global companies and investors are taking notice of this startup boom. Major IT company Qintess has come on board as a major sponsor to help Salvador become the leading Black tech hub in Latin America.

The company announced an investment of around 10 million reais (nearly $2 million USD) over the next five years in Black startups, including a collaboration with Vale do Dendê to train around 2,000 people in tech and accelerate more than 500 startups led by Black founders. Also, in September, Google launched a 5 million reais (around $1 million USD) Black Founders Fund with the support of Vale do Dendê to boost the Afro-Brazilian startup ecosystem.

There is no doubt that the new wave of innovation will come from the emerging markets, and the African Diaspora can play an important role. With the world’s largest African diaspora population in the hemisphere, Brazil can be a major leader on this. Vale do Dendê is keen to build partnerships to make Brazil and Latin America a more representative startup and creative economy ecosystem.

Our news section is packed with articles and press releases based around AFAR's latest developments. Subscribe now to get all of our updates directly to your inbox.